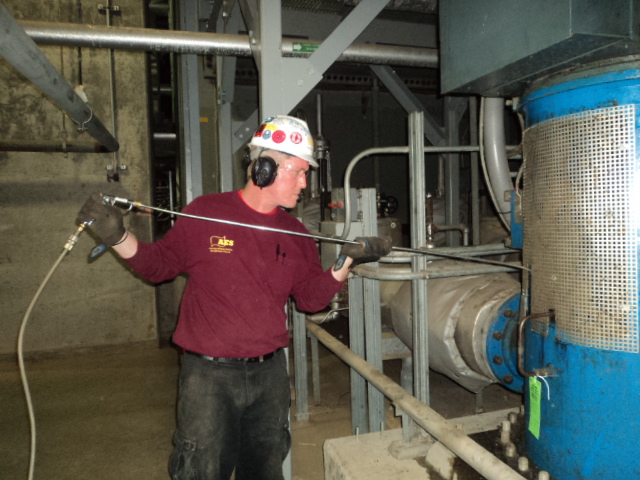 Surface condensers are designed to be a vacuum-tight system with cooling water flowing through tubes. The cold tube surface condenses the steam creating a reduction in volume inside the condenser which produces the vacuum. Air and non-condensables (air inleakage) that enter the steam space from outside the unit can cause a reduction in vacuum, resulting in operational inefficiencies and impacting your bottom line.

While other factors can contribute to an increase in backpressure (such as fouled condenser tubes) that reduce heat transfer, a condenser air inleakage audit is an excellent first step for solving a high backpressure problem since the inspections are conducted online. 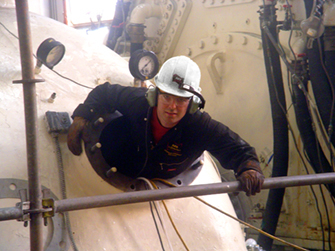 The percentage of air that passes through the feed water system to the boiler sets up corrosive conditions that can affect the entire system. If the dissolved oxygen levels remain high for prolonged periods of time, the result will be a decrease in the life expectancy of any affected components, longer outages, and lost revenue. Adopting a routine vacuum leak detection plan as part of your condenser maintenance program will keep air inleak low, allow components to operate as designed, and maximize life expectancy.

Why Do We Use it for condenser air-in leakage testing?

Helium is applied to the various components within the vacuum boundary of a Turbine and/or Condenser system. A leaking component will allow the helium to enter the steam space and from there, the helium will be removed by the unit’s air removal system. AES will have an inspector located at the discharge of the air removal system with a mass spectrometer sensitive to helium.

As the helium is ejected from the system, the mass spectrometer registers an indication. The leak will be recorded and at the completion of the inspection, all leaks will be discussed with plant personnel.

Our helium leak detector results discussion will include the severity of the leak, the location of the leak, and potential repair options. Our staff engages in proper report writing so that our reports are so efficient you might agree they are “almost too good” as other plant managers have commented to us in the past. We pay strict attention to all details during the process in order to provide you the most thorough results possible. Once the helium leak detector is completed, you will understand every step you need to take to correct the problem.

Trust our team with your air leak detector inspection so that you know how to keep everything running efficiently and safely.

Videos to View Our Process 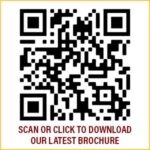